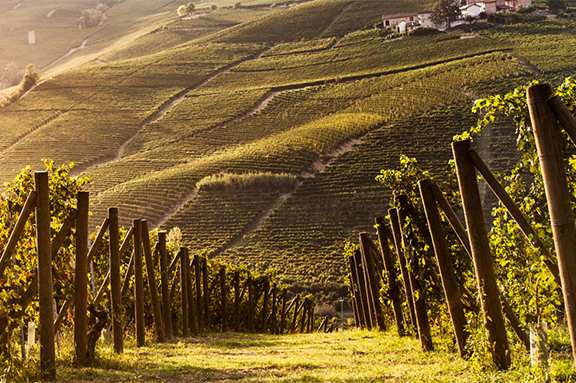 Click here for the complete series of “Barolo Origins” posts.

Ever since I first began writing about Italian wine in 1998, I’ve been dumbfounded by the fact that wine writers — including some of the biggest names in the trade — continue to propagate the erroneous myth that it was a Frenchman named Louis Oudart who created the modern style of Barolo.

According to the legend, Count Camillo Cavour asked Oudart, a nineteenth-century négociant based in Liguria, to help him modernize his winery and winemaking (don’t miss this post on Cavour’s “enological crusade”).

While there is evidence that Oudart was active in Piedmont during Cavour’s lifetime, there seems to be no reference to the Frenchman in any of Cavour’s correspondence.

Some years ago, I devoted two days to leafing through Cavour’s complete letters when I had reader’s privileges at Columbia University. And since that time, I have used Google Books to search the letters for any reference to Oudart (because I just wanted to make sure that I hadn’t missed something when I consulted the hardcopy).

As any self-respecting philologist would tell you, never say never. But I am confident that there is no mention or reference to Oudart to be found in Cavour’s correspondence.

In the light of the fact that Cavour occasionally writes about wines he’s tasted or Piedmontese and French wine in general, the “Oudart” connection already seemed improbable to me.

Then in 2012, Slow Food published Louis Oudart e i vini nobili del Piemonte. Storia di un enologo francese — Louis Oudart and the Noble Wines of Piedmont: The Story of a French Enologist — by Anna Riccardi Candiani, who has definitively debunked the myth that it was Oudart who launched Barolo into the modern era of winemaking.

The book hasn’t been translated from the Italian into English (nor is it available online). But Candiani’s findings have been partially translated and synopsized by the (anonymous) author of the excellent blog The Years of the Grape.

“At page 47,” writes the author, “Candiani presents her shocking revelation (my translation): ‘Since many years the vox populi identifies Oudart as the inventor of Barolo wine. He would have been supposedly called by Giulia Colbert in Falletti, French like him, to work in the cellars of Barolo. Even though I made extensive research in archives and libraries, I did not find any document crediting a link between the enologist and Barolo. I am sorry to disappoint the supporters of this rumor and I must declare that the story has no basis.'”

Evidently, and I wasn’t aware of this until I Read The Years of the Grape, “this theory, taken as fact by many, was popularized by Manescalchi and Dalmasso’s Storia della vite e del vino in Italia (History of the Vine and the Wine in Italy), first published in 1937.”

Since that time, it has been repeated over and over again by countless “wine writers” who lacked the courage and wherewithal “to look behind the sacred texts” as Nietzsche wrote in The Twilight of the Idols.

I have a lot to say on the subject but that’s all that I have time for today. So please stay tuned for forthcoming posts in my Barolo Origins series for Tenuta Carretta.