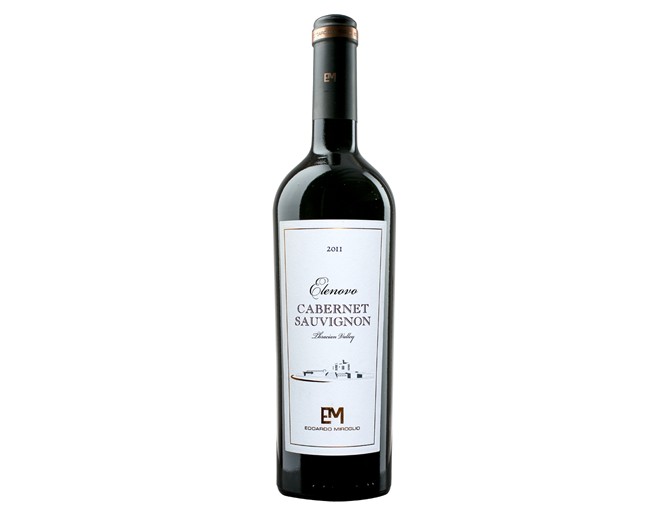 We are pleased to announce that Edoardo Miroglio wine cellar once again received one of the five trophies at the international competition Vinaria 2016. They were given during “The Night of the Golden Rhyton” which took place on February 24th, shortly before midnight. The award was established in 1996 and along with the statuette a diploma is awarded at the ceremony on the night of the “Wine Oscars”. “The Golden Rhyton” is the most prestigious award in the competition and it is given to only 1 wine in category, where dozens of wines are competing and sometimes there are hundreds of samples.
The success of Edoardo Miroglio wine cellar is big because this year for the highest award “Golden Rhyton” were competing over 200 samples of Bulgarian and foreign wines.
Elenovo “Cabernet Sauvignon” vintage 2011 became the latest winner of the “Golden Rhyton” in the most prestigious category of “varieties and blended wines from old vintages.” When the CEO of the cellar Mr. Alberto La Rosa lifted the received award the entire wine community was applauding for long. Even during the tasting, it showed out that the competition and the actual battle in this category of wines was going to be the most challenging and promising, as 87 wines – Bulgarian and foreign of very high quality were in the direct battle.
The jury was literally placed in front of a huge professional test as 17 samples scored over 90 points. So, all these 17 wines were competing for the big award up until the final. This year’s challenge for the “Golden Rhyton” was unprecedented in the history of the competition.
Ultimately, the committee of eminent local and foreign oenologists proclaimed that the best of the best winnig the “Golden Rhyton” goes for Elenovo “Cabernet Sauvignon” 2011.

To summarize, the winery collected 12% of the total distributed 42 gold medals at Vinaria 2016.
Besides those the EM Wine Brandy was awarded with a silver medal in the “grape aged 3 years” category.

“Edoardo Miroglio” winery is on the avant-garde path that leads to the wine of the future and this is shown by the hundreds of medals that the winery wins in world competitions. The awards confirm that the Italians in Bulgaria are right, betting at the terroir and on the winery in Elenovo. „Each award symbolizes the quality of our wines. They are our indication that we are on the right track” said Mr. Alberto La Rosa.
Merit for the successive awarded wines from the cellar has also one of the leading oenologists in Bulgaria Mrs. Dessislava Baycheva and the unique terroir and sandy loam in Elenovo from which fruitful vineyards are born. However, Mrs. Baycheva states that making wine is a teamwork, so the credit is to the whole team.