Chill Nebbiolo? No harm or shame in that. Just ask the Piedmontese… 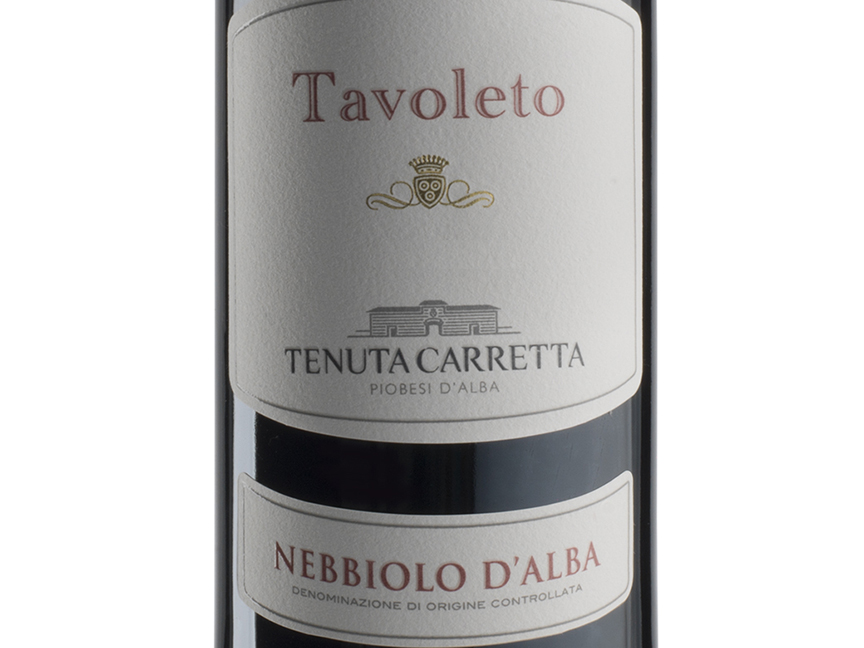 Piedmont winemaker Tenuta Carretta — producer of Arneis, Barbera, and Nebbiolo — is one of my clients. I write and translate for their English-language blog (but you probably already know that if you’re reading this here).

But I live in Houston, Texas, where it’s already so hot (high of 95° F. today) and humid that your sunglasses fog up as soon as you walk out of the door in the early morning (as they did today on my way to the gym).

That means that my wife and I will be drinking a lot of water in coming months and that at dinner, we’ll be more apt to reach for sparkling white wine and still white wine — chilled, of course.

But it doesn’t mean that I we won’t be drinking any red wine.

Tannic, big-bodied Barolo isn’t exactly a wine that screams “drink me” during the hot months of summer.

But in Piedmont, the land of mostly red wine (especially up until the last couple of years and the new wave of Arneis there), people drink a lot of Barbera in warmer months. And they often chill it.

Barbera is one of those wines — made from a grape with high acidity and very little if any tannin — that is traditionally served chilled when it’s hot outside. Not chilled to the same service temperature you would use for white wine. But often more chilled than “cellar temperature.”

And while Barolo isn’t the wine that people will be reaching for on a regular basis for the next few months, the Piedmontese also drink a lot of Nebbiolo d’Alba and other equally approachable and youthful expressions of Nebbiolo (Roero, Langhe Nebbiolo, etc.).

A few years ago, I was in Piedmont on a make-you-break-a-sweat warm day and was surprised when my friend and I were served a Langhe Nebbiolo on ice — yes, on ice! — at a hipster wine bar with one of the best wine lists in the appellation.

Of course, our server (in this case, the owner) took it out of the ice bucket and removed the bucket after he determined the bottle was cold enough.

Back here in Texas, I actually put the wines in the fridge beforehand and take them out about 30 minutes before they will be served. I find that by the time we sit down, they are just the right temperature to give them a little extra kick of freshness on the palate. Between all the grill-outs we will attend and bbq* we will consume during the American summer in Houston, there will be a lot of Barbera and Nebbiolo poured in southeast Texas this year!

And there’s no harm and no shame in chilling your Barbera or Nebbiolo. The Piedmontese do it, after all!