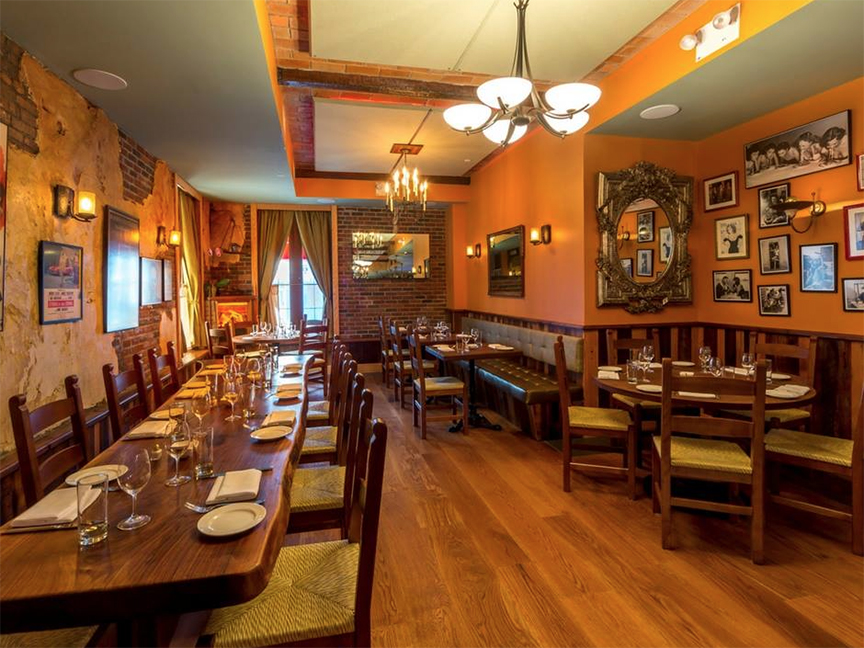 “Gran Sasso,” wrote the editors of EaterNY last month in their round-up of The Hottest Restaurants in Brooklyn Right Now, October 2016, “is the new Italian restaurant from Michelin-starred chef Luca Casadio, formerly of La Smarrita in Torino, Italy, and Italian-born Pietro Sasso. Named after the mountain range in Abruzzo, Italy, the menu from Casadio includes a selection of house-made pasta… and pizzas… The room evokes an antique trattoria, with brick peaking out from behind yellowed walls and wine barrels fashioned into chairs.”

It’s just one of the places in New York City where Tenuta Carretta Roero Arneis Cayega is now being served by the glass. And it just so happens that it’s being poured at one of the hottest new restaurants in New York’s hippest neighborhood. A sign of things to come!