Bric Paradiso: “a great Nebbiolo at a reasonable price” according to Joe Bastianich and David Lynch, authors of Vino Italiano 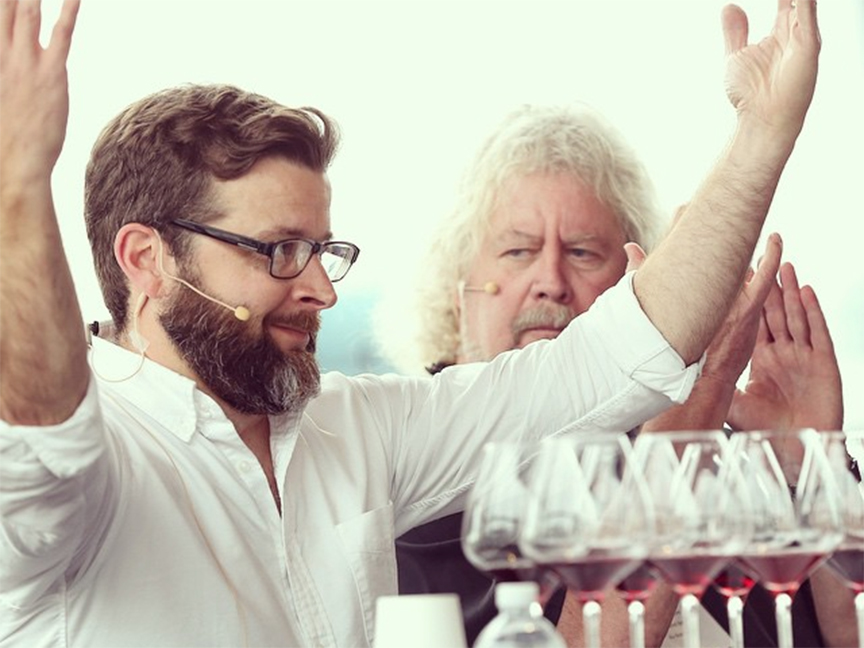 When it was first published in 2002, the renaissance of Italian wine in the U.S. was just beginning to take shape.

Vino Italiano: The Regional Wines of Italy by Joe Bastianich and David Lynch (Clarkson Potter) was a watershed moment for the Italian wine trade. At the time it was the most comprehensive guide to the wines of Italy that had ever been published in America.

When it came out, Lynch (above, left) had already won a James Beard Award for his wine writing. And although Joe Bastianich had not yet become the mega celebrity that he is today, he was already one of the Italian food and wine world’s rising stars. And rising he was, with meteoric speed.

Just a few years earlier, Bastianich had opened Babbo in lower Manhattan with his partner Mario Batali. Lynch was the restaurant’s wine director and he oversaw what was the largest all-Italian wine list in North America. It was history in the making.

The 2002 publication of the guide was followed two years later by the authors’ “buying guide,” a wine lover/consumers’ appendix to the encyclopedic guide.

Here’s what Bastianich and Lynch had to say about Tenuta Carretta and the winery’s Bric Paradiso, one of their recommendations for American wine lovers:

“One of the key players in the Roero area’s recent revolution. Out of the huge range of wines produced by Tenuta Carretta, the Roero ‘Bric Paradiso’ is the first choice — a great Nebbiolo at a reasonable price. There are good Barbarescos and Barolos as well, and a powerful Barbera d’Alba called ‘Bric Quercia.'”