Sensationalism is not necessary in wine: an interview on the ‘values’ of wine 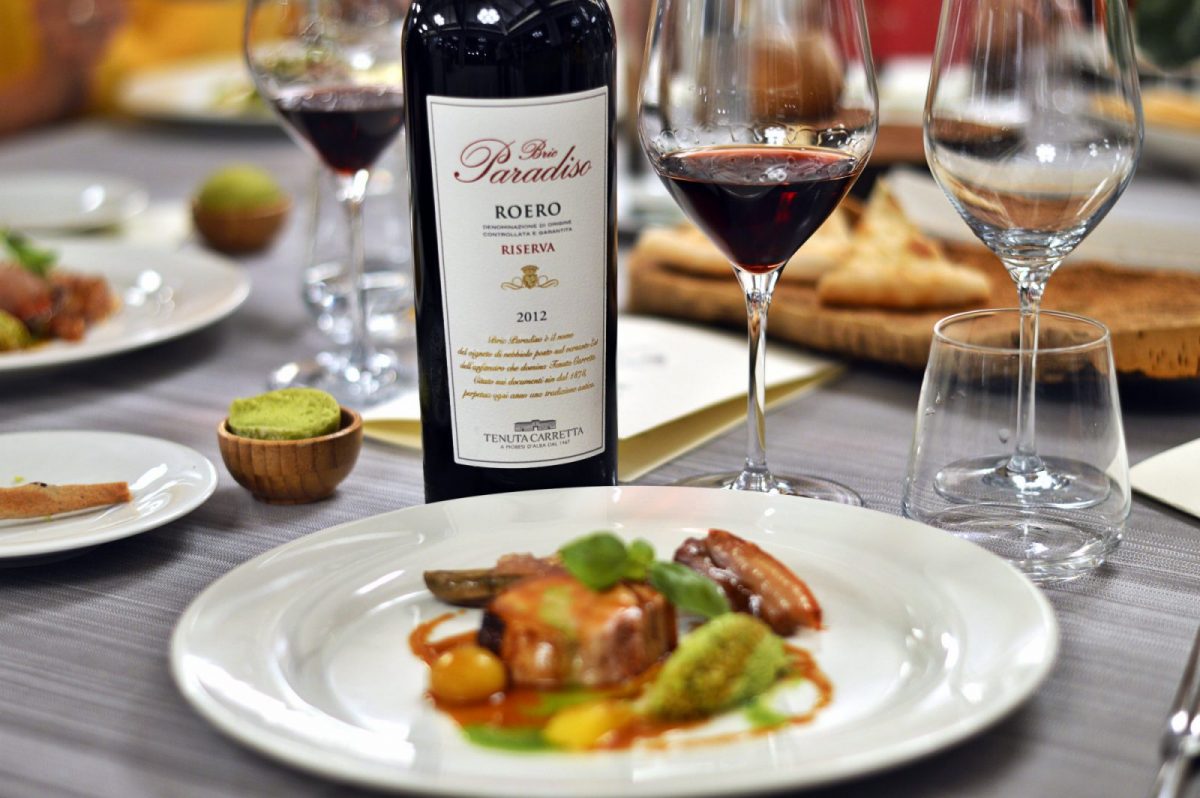 Antonio Galloni, one of the most influential wine critics in the world, was recently in Barolo for Un’annata alla vostra attenzione, where he was officially dedicated the new 2014 vintage. Mr. Galloni led an interesting discussion on the ‘value’ of wine that we want to both recap and continue with Giovanni Minetti, the CEO of Tenuta Carretta, who was at the event.

Galloni is very passionate about Barolo because he has a relationship with the actual producers of the Langhe; however, he expressed worry that it is more common nowadays that vineyards are managed at a distance. It’s true. Galloni reiterated the importance of people who are present, physically and mentally, in wine, particularly in Barolo as the experience of the person who produced the wine is the strongest determinate of the bottle’s price. Compared to other products, wine’s largest variable is the ‘human’ component as it is the only aspect that can truly alter the expression of the vine or variety. Wine is an artistic expression in this way.

There is a lot of talk on the ‘quality’ of wine. Is this something that can be influenced by the ethics or philosophies of the winery?

On this point Galloni was very clear: when he evaluates a wine, the process in which it was made is not considered, only its qualities in and of itself. A wine is either good or it’s not. It is representative of its appellation, or it isn’t. The way it is produced, whether traditional or innovative (organic, biodynamic, ‘natural’) is not a variable that influences its evaluation.

We are currently seeing an important growth in organic and biodynamic wines. Is this a trend that can raise the value of a label?

The method of production, beyond standards recognized by everyone and must be respected, is a matter of choice. A choice of style, of expression, which becomes a way to communicate and a way for certain producers to ‘one up’ others. From the ‘80s onwards, we can say that we have been in the ‘new era of Barolo’ in which an immediate distinction was made between so-called ‘modernist producers’ (young and small wineries that make Barolo with less ageing, predominantly in barrique) and ‘traditionalist producers’ (big names and wineries that make Barolo the old way, in large barrels with a long maceration.) Initially, the quality, cleanness and freshness of the modernist Barolos justified the price difference in bottles. But then naturally, the traditionalists began adopting this technology, so the modernists were pushed to add value by distinguishing crus. Of course, this also became standard practice, so now we are at the moment of organic and biodynamic, mostly being promoted by small producers, but big wineries are catching up. Basically, the need to find and promote these new elements is nothing other than a way of communicating with consumers about a specificity, a difference that allows them to add more ‘value’ to their wines. The only time when this is wrong is when ‘organic’ and ‘sustainable’ are used in the same way, as if they were the same thing, which they are not. This is a decisive distinction and needs to remain as such. Why are organic and sustainable not the same thing?

They are two different concepts. Those who produce organically (or biodynamically or ‘naturally’) don’t necessarily adopt sustainability as an integral philosophy of the winery. Organic production is to adopt a specific technique, following a certain protocol. Sustainability, on the other hand, is a holistic approach to production that properly managed wineries are able to adapt into the company culture in a way many small, less organized wineries cannot. They are two distinct paths, where organic can be integrated into sustainability, but does not need to be.

So then, what can really give ‘value’ to a wine?

The big theme is still the added value of diverse production, which needs the involvement and discourse of all producers regardless of philosophy or style, since to ‘add value’ simply means to sell better. So, it is necessary to fully understand what makes up the price of wine. To realize that tradition and experience, as well as innovation and research, are costs for the producers that must be remunerated in the price. Since 1986, when the entire industry came together and communicated collaboratively to respond to the wine methane scandal, I have noticed an inversion of this openness. In 2006 the most expensive wines began being attacked systematically in order to demolish their value in the eyes of consumers.

It was so simple, all they did was question the morality of such costly prices for wine. In the space of a few years, the world of wine has been exposed. It is now poorer and less prepared, with no roots and little culture, completely incapable of withstanding criticism or critique, whether direct from scandalizing journalism, or more dangerous, subtle attacks such the fear of breathalyzers, low-calorie diets or campaigns against alcoholism.  It is my belief that big and small producers alike need to put aside the search for new distinctive ‘elements’ and work together to remedy the damage of bad information and scandal, as well as the continual repercussions of the 2008 financial crisis that are still felt today. There is a lot of word to do, but I think it is vital, and should begin at the foundations by explaining the ‘culture of wine’ and its greater human and territorial context. Too many forget to explain that wine does not exist in nature, vines do, but wine does not; instead, it is a transformation guided by the human hand, who each year combines technical expertise with passion and creativity to create an expression of the land from an unpredictable medium, a natural ingredient that can always bring surprise.