Tavoleto, the harmony and nobility of Nebbiolo d’Alba 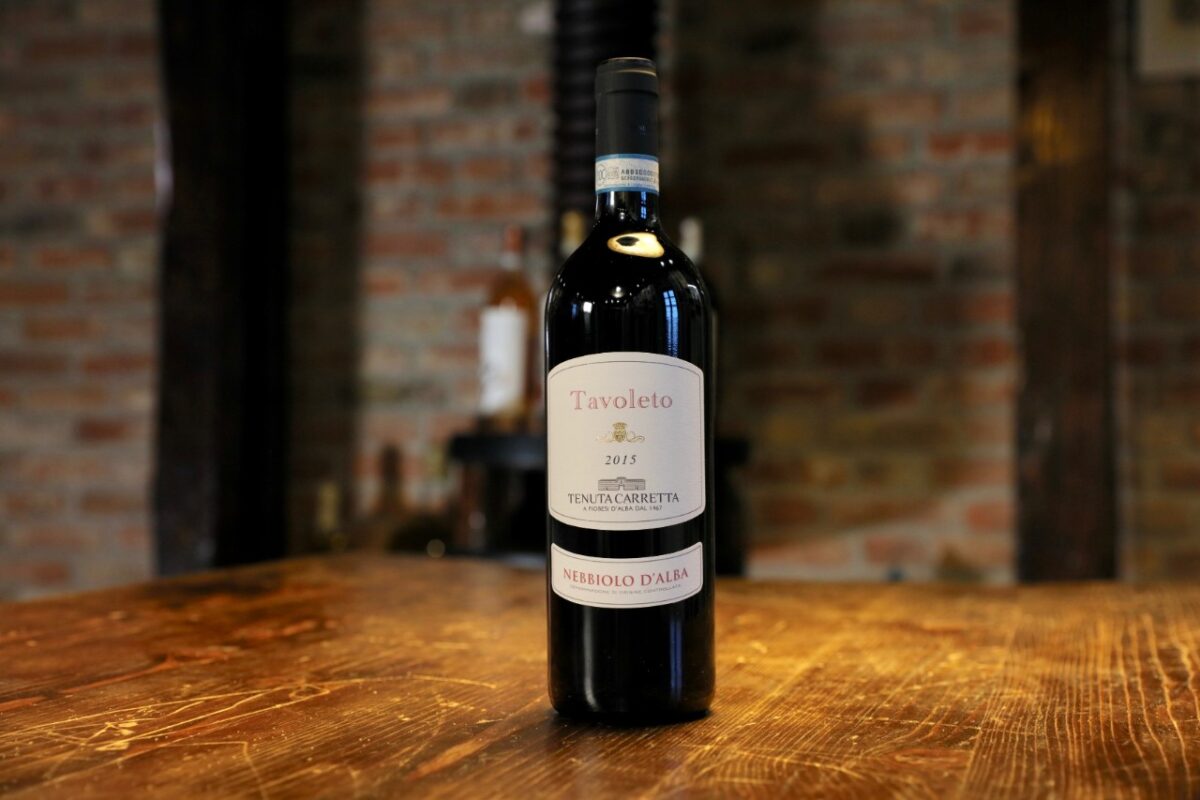 Tenuta Carretta cultivates about 2 hectares of Nebbiolo vineyards in San Rocco Seno d’Elvio, in the Langhe, within the denomination of Nebbiolo d’Alba, under the jurisdiction of the municipality of Alba.

The hills of San Rocco wind just outside the historic city center, towards south-east, in the direction of Barbaresco: in order to reach them you need to cross the ridge of Altavilla, a notorious place in literature because, from this hill Johnny, the character written by Fenoglio, loved to observe the spires of the city of Alba, the red roofs of the houses and the form of the cathedral, as well as the flowing, sometimes calm and sometimes impetuous, of the Tanaro river.

But Johnny loved the river, the one who had raised him, together with the hills […] The hills loomed over the river plain and the town, feebly glowing under a dead sun. The forms of the cathedral and the barracks stood out, one burnt, the other sooty, and while observing them, both seemed two senseless monuments to Johnny.
Beppe Fenoglio, JOHNNY THE PARTISAN

The small valley of San Rocco Seno d’Elvio unfolds beyond the small town of Altavilla and it winds towards the springs of the homonymous stream, which are found in an area called Tavoleto, confined on the north by Meruzzano and on the south by the provincial road 158, which connects Alba to Cappelletto, passing through Madonna di Como.

THE VINEYARDS OF THE EMPEROR

As just mentioned, the vineyards of Podere Tavoleto are located in the southernmost part of the valley of San Rocco, just beyond the border that delimits the area of origin of Barbaresco. These are sunny and steep plots, surrounded by thick woods that once covered most of these ridges. It is no coincidence that the capital of the area, Barbaresco, owes its name to the Latin term “Barbarica Silva” (which means “the forest of barbarians”), because it was once an area of dense forests inhabited by the Ligurian Statielli. Even the name “Seno d’Elvio” has an ancient history. Although it has probably been distorted during the Fascist Italianization of toponyms, the reference is to the Roman emperor Publius Helvius Pertinax, who lived between 126 and 193 AD and was born nearby, according to sources. In reality, even if there is no documentary evidence that these hills were the birthplace of Pertinax, recent archaeological findings in the area confirm that important Roman villas stood here, surrounded by flourishing artisan and agricultural activities.

The soil of Podere Tavoleto is the same as that of the neighboring area of Barbaresco. Of Miocene origin, the soil dates back to more than 15 million years ago, when there were deep, compact and solid sea beds, composed by alternating layers of marl and tuff. A peculiarity of this area is the “Rocche”, badlands created by the erosive action of water. A very common feature in the Roero, the hills on the left bank of the Tanaro where they reveal their sandy nature and rise as yellow-ocher pinnacles, here the “Rocche” form large white-greyish chasms: an unequivocal sign of more clayey and calcareous origins, which Nebbiolo grapes turn into full-bodied and well-structured wines.