Cannubi, the hill “in the heart of Barolo” 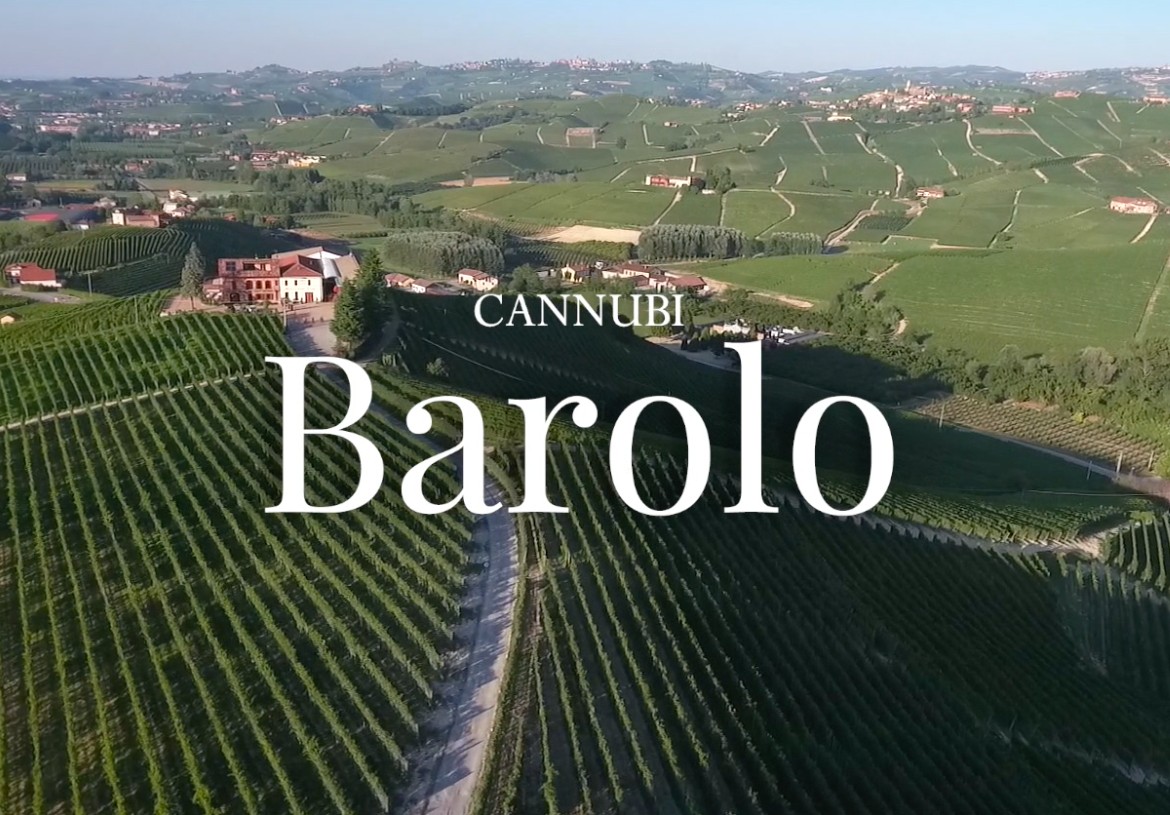 There is no doubt that, in terms of notoriety, the Cannubi vineyards in Barolo are the most famous in Piedmont and among the best known in the world.

Cannubi is one of the most historic “climat” in Italy because, at least since the Eighteenth century, there is information precise enough to be able to identify it as an area in its own right, a place from which wines that can be directly associated to their rows were obtained (and are still obtained). Archival research traces the first documents back to 1752: it is a label kept in Bra, in the private museum of the Manzone family where, next to the date, the inscription Cannubi appears. However, only 300 years later will the name become “official”. In fact, it was the zoning work carried out by the Consorzio di Tutela in the early 2000s that made it possible to officially define Cannubi as one of the 181 “Menzioni Geografiche Aggiuntive” of Barolo: mentions that can be reported on the label in addition to the main denomination. 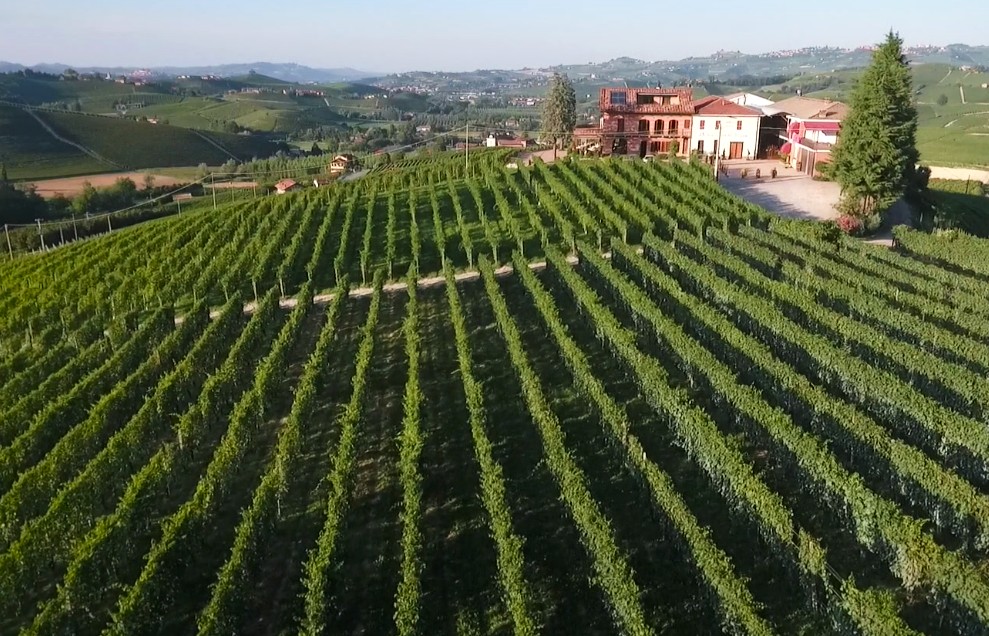 AT THE CENTER OF THE DENOMINATION

The hills of Barolo are of marine sedimentary origin, emerging from the waters about 10 million years ago. Geologically, they belong to two different eras: the Tortonian and the Helvetian. The former, which starts from Verduno, passes through La Morra and Barolo and then gets to Novello, is characterized by bluish-gray marls. The latter, much older, is located on the Serralunga-Castiglione Falletto-Monforte axis and has compact yellowish-gray sand deposits. Cannubi hill rises exactly in the center of these two formations: narrow and long, it gradually ascends from the SP3 state road (which connects Alba to Barolo) towards the Southwest and reaches its peak in the hamlet of Muscatel, just outside the town of Barolo. Here Helvetian and Tortonian soils meet and mix, giving rise to bluish-gray marls, rich in magnesium carbonates and manganese that, on the surface, become whitish-gray following the action of atmospheric agents. These are clays mixed with very fine sands, with a consistent limestone component (Fossil marls of Sant’Agata). The microclimate is also ideal in Cannubi: surrounded on three sides (South-West-North) by the highest slopes of La Morra, Castiglione Falletto and Monforte, it is well sheltered from the cold and wind, elements that are notoriously not appreciated by Nebbiolo grapes. 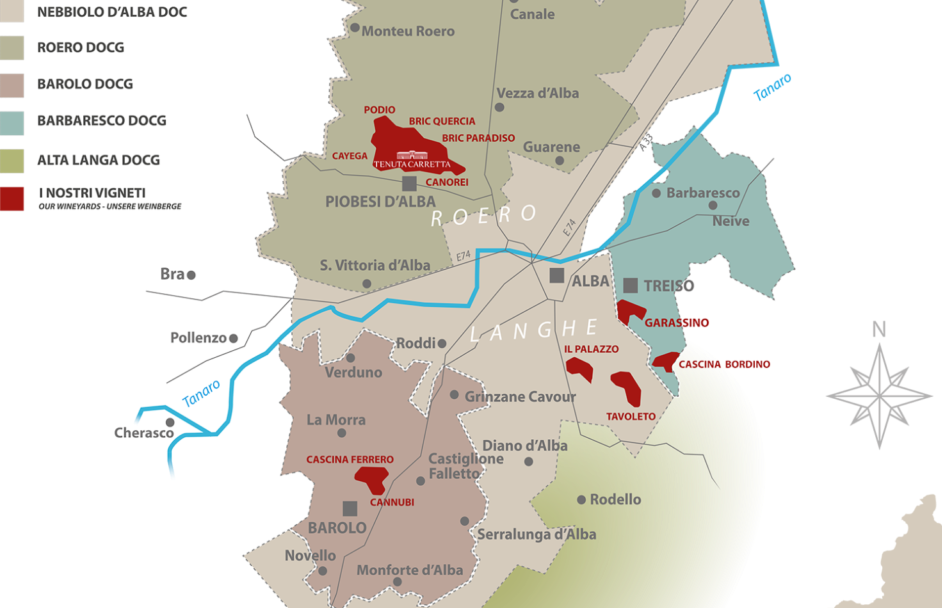 An area does not become famous only for its history or for its position. It is the tradition of the winemakers who take care of the vineyards and vinify the fruits – of which Tenuta Carretta is a proud part – that transforms a “gift of nature” into an “excellence”. Cannubi is a perfect example of these dynamics, having been able to count, throughout its existence, on extraordinary producers who have been able to make its “middle position” in Barolo exemplary, the expression of balance and harmony between its Tortonian soul (decidedly finer and more elegant) and the Helvetian one (powerful and structured).

But not all of Cannubi is the same. In fact, there are central positions and “peripheral” ones that during the zoning operations have been indicated with different names. The hilly ridge is divided into 5 different areas. The term Cannubi (and only “Cannubi”) refers to the MGA of about 19 hectares which includes the central part of the hill. The tip of the wedge formed by the slopes of the hill (in the north-east direction) is called Cannubi Boschis (7 hectares), while the two areas towards southwest are Cannubi San Lorenzo (2 hectares northwest of the ridge) and Cannubi Valletta, less than 6 hectares to the south-east, up to via Alba which marks its border. Cannubi Muscatel (4,5 hectares) encloses the area, going right up to the village of Barolo.

Tenuta Carretta owns four distinct vineyards in Cannubi, covering a total area of 2.6 hectares, all in the most historic part of the hill (the Cannubi “Cannubi” to be clear) from which two different labels come from. The first one is Barolo Docg Cannubi, a wine of great balance, a harmonious synthesis of structure, aromas and elegance, precocity to consumption and extraordinary longevity, with a structure that is never too exuberant or intense. It refines for at least 36 months, of which 24 in wood and 9 in the bottle. The other one is Barolo Riserva Docg Cannubi, Collezione Franco Miroglio. A true enological gem, Tenuta Carretta’s “iconic” label. A great limited-edition wine (only 1,260 bottles per vintage), which ages for over 60 months, of which at least 36 in barrel and 18 in the bottle. The Riserva celebrates the wine tradition of the winery and at the same time the memory of a great entrepreneur like Franco Miroglio, founder of the Miroglio textile industry and architect of its success: he was the one who acquired Tenuta Carretta in 1985 and started its new wine history.

THE LOCANDA CARRETTA IN CANNUBI

Aside from the vineyards, Tenuta Carretta owns the Locanda Carretta in Cannubi, a unique and truly special place: it is the only wine tourism accommodation facility among the rows of the most famous hill in the Langhe and it offers an incredible breathtaking view over some of the largest vineyards of Barolo. The restaurant is a small jewel that offers traditional cuisine revisited in an elegant and refined way, and is complemented by three bedrooms and a small apartment with a large terrace and panoramic views of the vineyards.