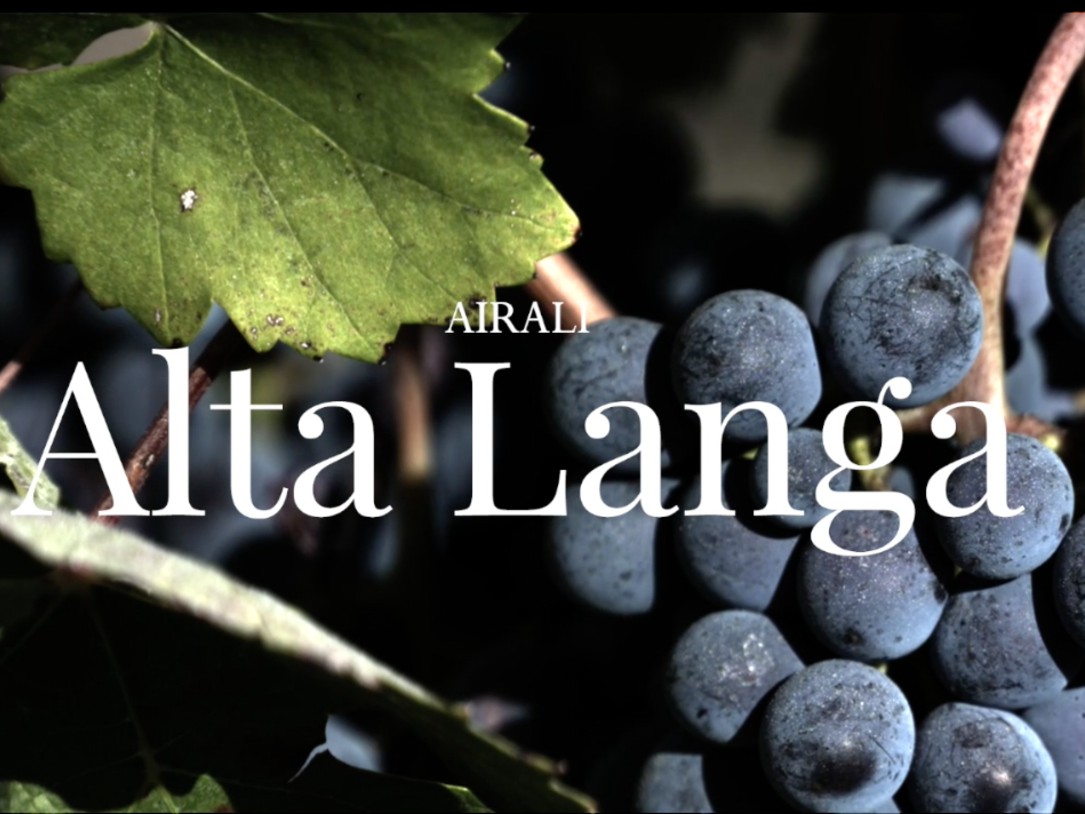 Among the most recent Tenuta Carretta labels, there are two Metodo Classico wines that come from vineyards located in the municipality of Cissone, in Alta Langa: Airali Brut and Airali Pas Dosé.

The fact that the vineyards are located in this municipality is in itself particular. Cissone is found at almost 700 meters above sea level, in an area characterized by marvelous woodlands, hazelnut groves and pastures: a rare biodiversity for the Bassa Langa where, on the contrary, vine monoculture is dominant.

And yet, these “high” hills have proved to be the ideal place to plant varieties such as Pinot noir, grown in the Langhe for almost two centuries and used together with Chardonnay for the production of the Metodo Classico Alta Langa DOCG sparkling wine.

SOIL AND CLIMATE OF THE ALTA LANGA

In Cissone, on the slope known as Airali (after which the two labels are named) Tenuta Carretta cultivates about 7.5 hectares of Pinot Noir and Chardonnay vineyards. The soils are of sedimentary marine origin, emerging from ancient sea beds during the Miocene, exactly like those of the Bassa Langa. But here, loamy limestone marl prevails, with non-dominating clays and a stony structure. It is the so-called pietra di Langa, utilized for centuries for building farmhouses and dry stone walls and, today as a valuable finish in construction. The origin of pietra di Langa lies within underwater landslides that have put layers of sand on the muddy seafloor, until the incredible pressure of the ancestral oceans compacted everything, creating slabs of marl (predominantly sandy) that have been cemented by carbonate elements present in the water.

This “stony” soil, combined with the colder climate of the hills of the Alta Langa – swept by winds from the Alps and the Ligurian Apennines – is the ideal micro terroir for vines that love rigid climate and bring out their best in “extreme” conditions. Especially Pinot Noir and Chardonnay, which yield grapes capable of giving freshness and acidity suitable for the production of great sparkling wines.

THE BIRTH OF THE PIEDMONT METODO CLASSICO

Such ideal conditions are those of the Alta Langa that, in 1990, the Piedmont Region was prompted to give life to the “Progetto Spumante” with the intention of identifying an area, within its own territory, suitable for producing Metodo Classico wines with outstanding quality. Wines that are obtained according to the artisanal method also known as champenoise, “invented” (according to legend) by Dom Perignon who certainly made a fortune from that branch of French winemaking. Piedmont, to be honest, is certainly not new to sparkling wine. Following a trip to the lands of Champagne, in the mid 19th century, the first Italian Metodo Classico was born in Canelli, thanks to Camillo Gancia, made using Moscato grapes (well yes). Since then, the tradition has always been alive. Until the 1990s, however, the ecological and environmental conditions to give a qualitative identity – and name – to this centuries-old tradition had never been verified through serious experimentation.

In Bossolasco, after about 10 years of viticulture and experimental vinification, on 1 May 1999 the “Progetto Spumante” (which in the meantime had changed its name to Tradizione Spumante, financed and managed by the association of Case Storiche Piemontesi) was able to toast with the first bubbles of the “new” Piedmont Metodo Classico. The name still remained to be decided, and, after some uncertainty, the final decision fell upon Alta Langa (among the choices, aside from Piemonte Metodo Classico, were also Canelli and Alba).

A good name, come to think of it. A fundamental characteristic of this Metodo Classico is the altitude of the vineyards, which must be higher than the “minimum” indicated at 250 meters. And the area of origin, broadly speaking, really includes the territories of the Alta Langa, especially Alba and Asti, with the necessary concessions to the steep slopes of the Basso Monferrato in the area of Alessandria, always and in any case in zones certified as suitable for the cultivation of Pinot Noir and Chardonnay.

There are two Tenuta Carretta labels that fall under the Alta Langa DOCG designation: Airali Brut and Airali Pas Dosé. Both are obtained using the Metodo Classico: a series of manual processes that bring the base wine (first exclusively Pinot Noir, then 80% Pinot Noir and 20% Chardonnay) to a long refermentation in the bottle. After the grapes have been pressed whole and started for fermentation (at a strictly controlled temperature of 22°C), in the month of April following the harvest, the wine is bottled together with the yeasts for the second fermentation and is left to refine while stacked. For the degorgément (before passing over to the pupìtre) liqueur d’expedition is added, which, for Pas Dosé, is limited to filling the bottle with the same wine.

Airali Brut, to which liquer is added, has intense hints of bread crust, nuts, dried figs and honey. In the mouth it is soft and savory, pleasant and balanced, with an excellent structure. The Pas Dosé, while maintaining an aromatic profile similar to the Brut, with the same elegance and structure, is drier in the mouth, with a marked acidity and freshness.

Both Airali Alta Langa Docg wines by Tenuta Carretta are ideal as an aperitif and go perfectly with all fish dishes, risottos and fresh cheeses. 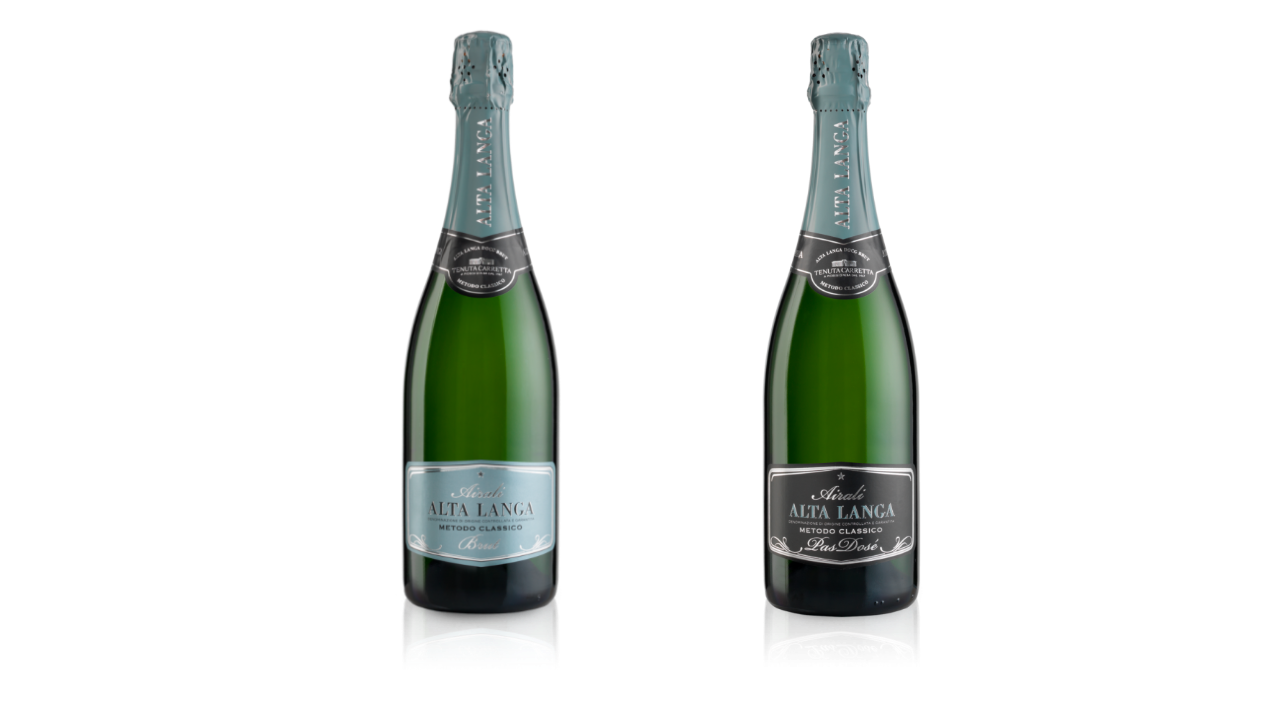