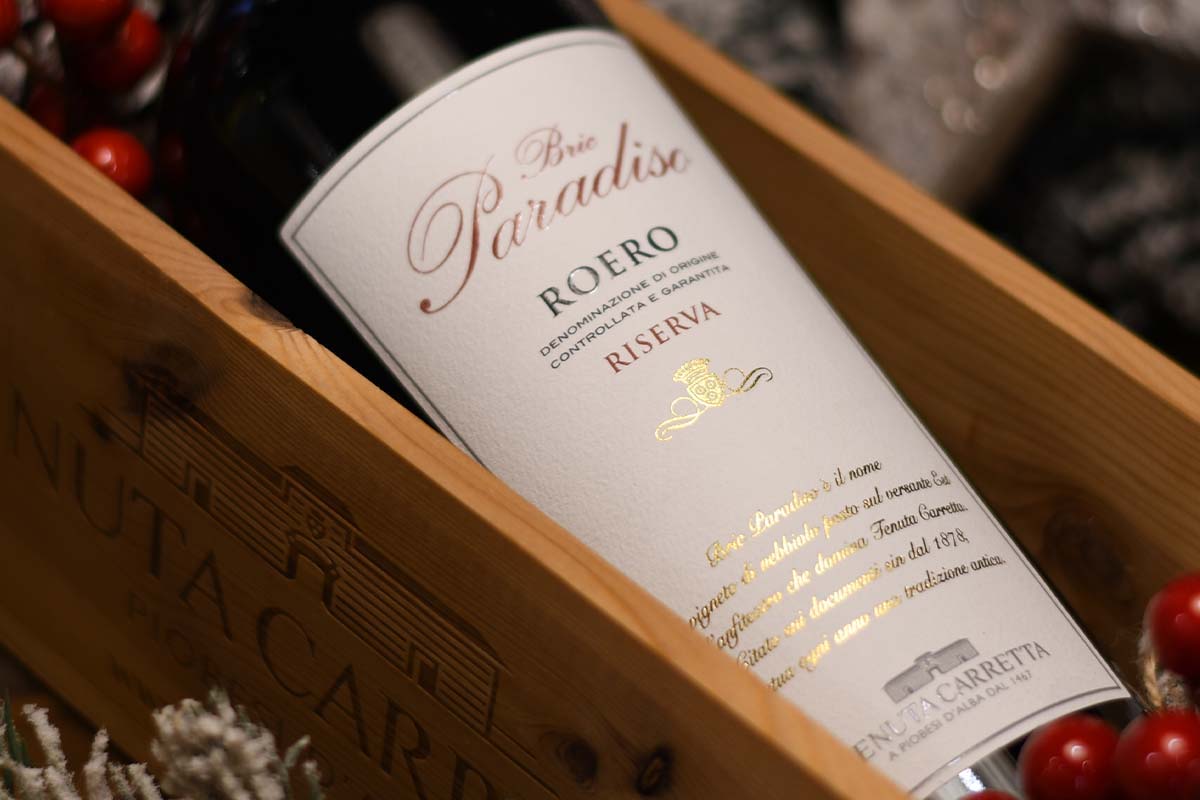 Tenuta Carretta celebrates another chapter of its noble history

Tenuta Carretta, the historic winery in Piobesi d’Alba, has been pursuing ideals of passion and dedication to wine for over five hundred years. This is proven by the property vineyards present in the areas of Langhe and Roero that total to eighty hectares: every single plot is studied in depth in order to masterfully transform its fruits and allow the territory to fully express itself.

Each property vineyard is unique thanks to particular climatic, geographical and pedological characteristics. And the Nebbiolo vineyards within the “Bric Paradiso” Menzione Geografica Aggiuntiva particularly stand out. This ancient name has referred, since the 18th century, to the plateau located on top of the easternmost hill belonging to the Tenuta. Here, sandy soils of marine origin, ideal exposure and the daily temperature range during the hottest months of the year endow this Roero DOCG with the typical elegance and finesse of the great Piedmont wines, as well as the right structure and ample and intense aromas.

The 2017 vintage is an important milestone for this label, marking its fiftieth year, having been born in 1967: it was first a Nebbiolo dei Roeri, then – from 1970 – it became a Nebbiolo d’Alba and finally, starting from 1985, with the approval of its Production Disciplinary, it came to be a Roero. Such an enduring history hinges on irreplaceable values such as traditions, ethics and heritage. As a long-living winery, Tenuta Carretta is no stranger to the celebration of anniversaries, but this does not make the joy brought by each of them any less: each and every one is a further step in Tenuta Carretta’s continuous pursuit of the highest quality.

2017 was warm with little rainfall. The winter was mild with almost no snow, while spring was characterized by little rain and temperatures above the seasonal average that favored an early vegetative development of the vine, a precondition to the famed frost that arrived in April and jeopardized the production of vineyards located in the mid and lower hills. A long period of good weather began in May, which guaranteed excellent vegetative balance. At the beginning of September, the long-awaited rain allowed for the accumulation of water resources that was used to partially rebalance the supply of the grapes. The Nebbiolo grapes thus showed better values than the classic warm years in relation to the accumulation of anthocyanins and the maturation of tannins, but also in terms of extractability, which is essential for aging. The Nebbiolo harvest was one of the earliest in recent years, as it was completed at the end of September, about two weeks earlier than the norm. It presented a lower yield both in terms of weight and the ratio of grapes to must, a characteristic of a typically dry vintage.

Tenuta Carretta produces a limited number of 7,000 bottles for each vintage of this Roero Riserva DOCG, selected form the best Nebbiolo grapes harvested within the Bric Paradiso MGA, located in Piobesi d’Alba. This particularly suitable vineyard, together with the sustainable viticulture practices adopted and the careful vinification process practiced, allows Tenuta Carretta to yield a wine characterized by elegance, finesse and pleasantness, rather than austerity and structure. Roero Riserva Bric Paradiso has a deep ruby color with garnet hues after aging for 18 months in the barrel and 12 months in the bottle. The nose reveals intense aromas of red fruit, black pepper, spices and licorice, while the mouth presents a steady balance between structure, elegance and pleasantness. The sip closes with a mineral and persistent finish. 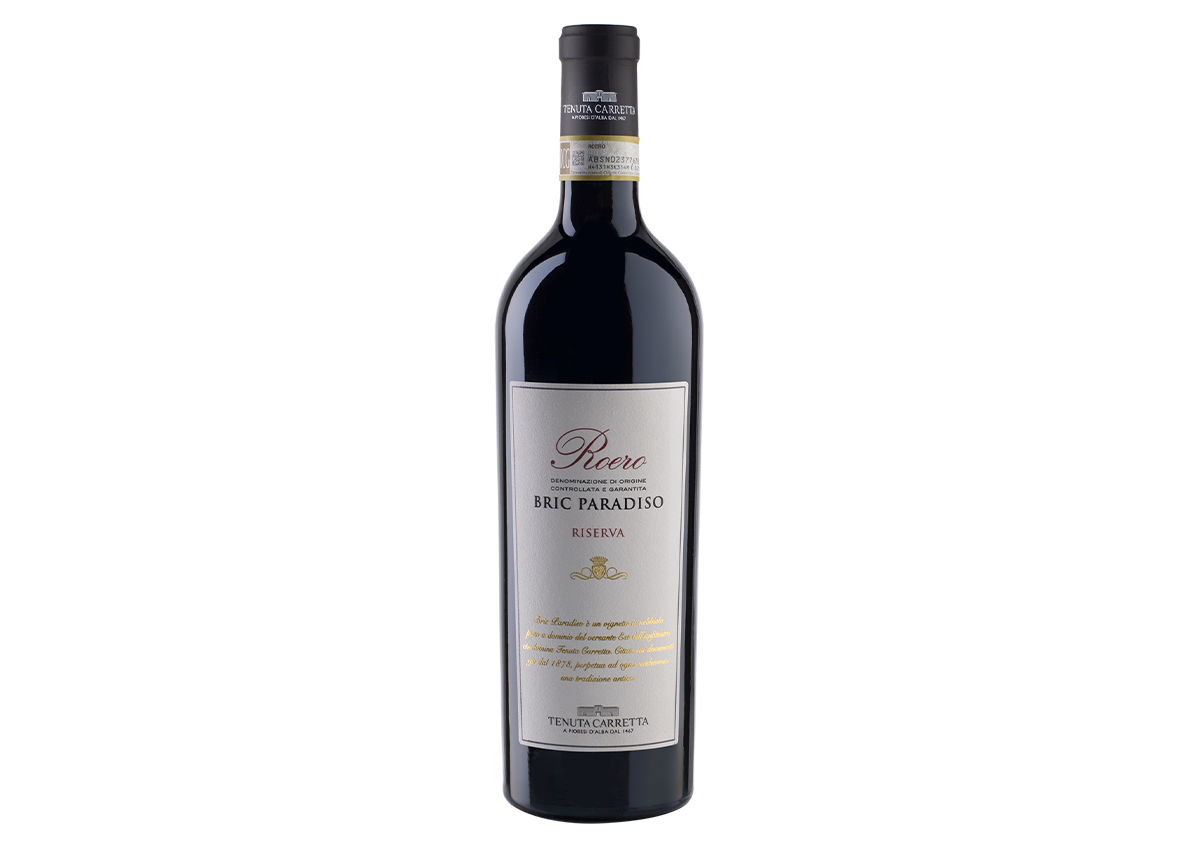 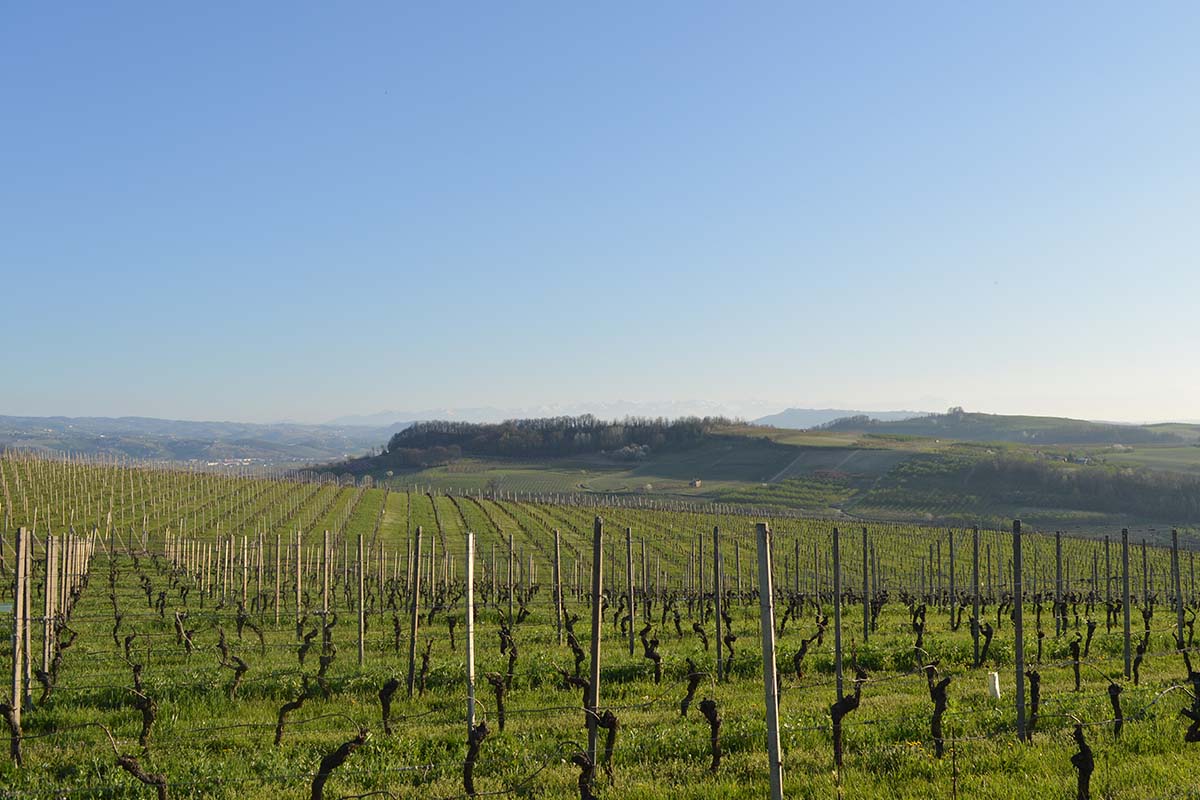