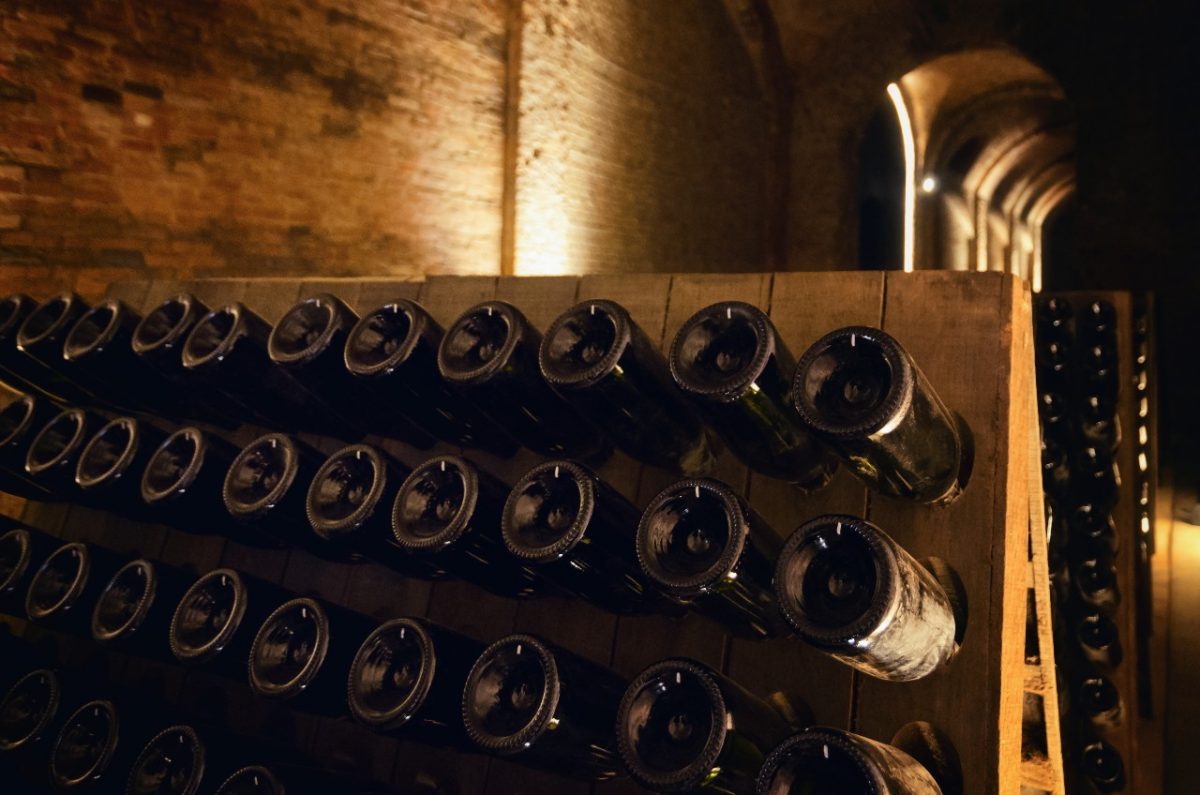 In the previous post we saw how, in the early 90s, the “Sparkling Project” constituted the experimental basis for enhancing the Classic Method of Piedmont. The alliance between important sparkling wine producers in the provinces of Cuneo, Asti and Alessandria lays the foundations for starting a wine and enological journey that has a specific goal: to demonstrate that Piedmont has the soil conditions for quality bubbles, capable of competing on the international market.

The spontaneous formula of a group of companies motivated by coinciding objectives and willing to work and invest to build something new in the Piedmontese wine sector gives way to a Coordination Committee set up in association and called “Tradizione Spumante”, which becomes reality on June 4, 1993. Alberto Contratto is called to preside over the first three-year period. The constitutive process of “Tradizione Spumante” was completed while the Experimental Institute for Viticulture of Asti and the technical component of the previous “Progetto Spumante” developed the second “trance” of experimental plants, following the planting of another 20 hectares of vineyards in addition to the 18 already planted. 1994 opened with the first rotation within the association: the Contract, due to the change of ownership, resigned from “Tradizione Spumante” and it was replaced by Barbero 1891. At this point the presidency, set for one year, it was entrusted to Giuseppina Viglierchio, who would later be succeeded by Vittorio Vallarino Gancia, Gianfranco Caci, Lino Moncada, Giovanni Minetti, Giorgio Giusiana, Ottavio Riccadonna and Giulio Bava.

Meanwhile, the viticultural section continued the completion of the verification base, bringing the surface of the vineyards to 48 hectares, an experimental platform difficult to find elsewhere. In the following years, between 1992 and 1997, with the collaboration of about fifty expert winemakers, prepared and willing to put themselves to the test, this area would rise to 55 hectares.

THE DIFFICULT “PROCESS” OF THE NAME

With the 1994 harvest, the first 18 hectares of experimental plants had entered production and the grapes from the first harvest were harvested and delivered in small containers, according to the working protocol set up for the oenological experimentation, led by the Frenchman Georges Hardy. In the two-year period ’94 and ’95, the destination of the base wines did not lead – if not experimentally – to giving a commodity character to the “Sparkling Project”: each historic house decided in perfect autonomy how to use these products and most of these base wines converged in cuvées destined every year to produce sparkling wines from the normal production line. In 1997, in March, the denomination “Tradizione Spumante” was abandoned to become “Piedmontese Historic Houses”. While both in the vineyard and in the cellar the experimental work continued, the two groups (historic houses and winemakers) continued their contacts to better define the strategy of the finished product and its qualitative physiognomy. Thus began to study in an increasingly decisive way the problem of denomination, which turned out to be not easy to solve.

After having entrusted the task to an important advertising agency in Turin, with very disappointing results, at a certain point there was a fear that the problem was unsolvable and then the hypothesis of linking the new product to the “Doc Piemonte ”, considering it as the result of a“ sub-area ”of the same denomination. In this case, the denomination chosen could have been “Piemonte Classico”, which was not, however, considered sufficiently convincing by the manufacturers. For the same reason the proposals “Canelli” (seen more suitable to indicate a Moscato) and “Alba” were rejected, alongside Asti (sweet white sparkling wine) and Acqui (sweet red sparkling wine).

The uncertainty was great when – it was 1998 – Giovanni Minetti formulated the hypothesis “Alta Langa”. It was a lucky intuition: it was immediately understood that the choice was the right one and, by magic, the whole process of recognition of the Doc accelerated, but the recognition of the denomination was slow in coming. 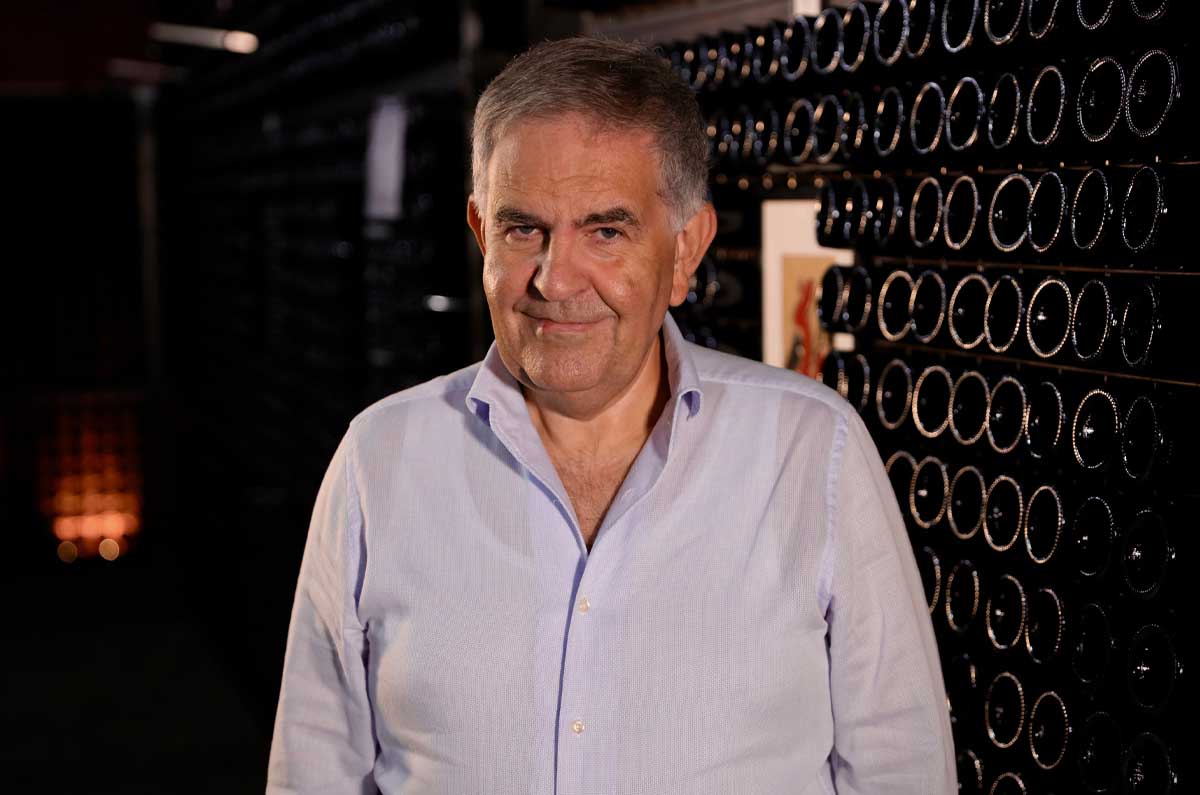 REGISTRATION OF THE “ALTA LANGA” TRADEMARK

The continuation of this process on the one hand and, on the other hand, the presence in several of the important stocks in the cellar of sparkling wines already produced and an excellent stage of refinement and quality, advised the Piedmontese Historic Houses to take action and, in February 2001 , procedures are started to obtain, for the exclusive benefit of its associated companies, the registration of the collective trademark “Alta Langa”. It was an act of courage and, at the same time, of caution: if the Denomination of Origin was too late to arrive, the products of this brand will be able to characterize their production and face the market with a collective, while maintaining the reference of origin linked to the ” Doc Piemonte ”, in whose Register the experimental vineyards of the“ Progetto Spumante ”had been registered from the first year of its activation.

But the procedures for recognition were now underway and ended on October 16, 2002 with the publication of the recognition decree in the Official Gazette. Just in time for the first claim, that is with the harvest of the same year (to the detriment of the product of the previous years, which had to be released on the market without any denomination).

THE CONSORTIUM IS BORN 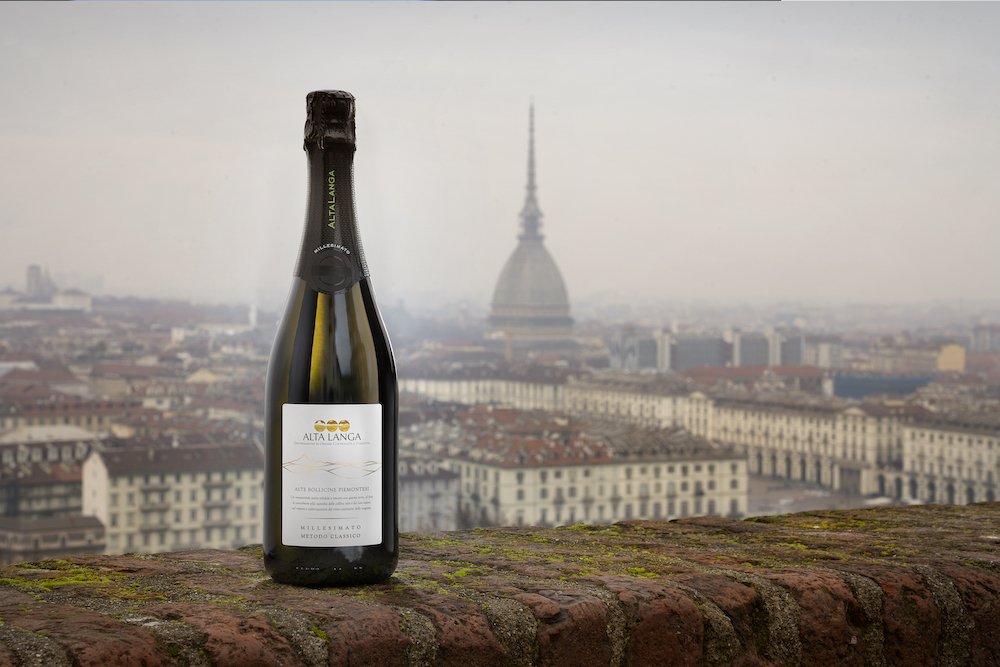 In the meantime, on June 15, 2001, the Alta Langa Protection Consortium was also established, which saw as its first president the figure of Dr. Giorgio Giusiana, an exponent of Martini & Rossi, then followed by Carlo Bussi, representing the winemakers, by Lamberto Gancia and by Giulio Bava. One of the first initiatives conducted by the new Protection Consortium, in close synergy with the Piedmontese Historic Houses association, was to subject the Alta Langa sparkling wines in the refinement phase and belonging to the various companies to a series of tests to evaluate their pleasantness and level of appreciation, also in comparison with some of the most renowned Classic Method sparkling wines of other production realities, both corporate and territorial.

The vinification operations of the grapes obtained in the experimental vineyards officially began in the 1994 harvest, when the plants built in 1992 went into production, to which three vineyards planted in 1991 and supported by the “Progetto Spumante” as test plants were also aggregated. About twenty hectares were therefore produced in 1994 and they practically doubled in 1995. In these first two years, the pressing and vinification were carried out by Geoges Hardy of the Champagne Wine Station at the Gancia plant with the collaboration of oenologist Corrado Cavallo. From the 1996 vintage, little by little, all the historic houses perfected their equipment to accommodate these vinifications as well. The 1994 harvest was quantitatively scarce and the vinification revealed it immediately: the quantity vinified was 918.23 quintals of Pinot Noir and Chardonnay grapes. Since 1997 the vast majority of the vineyards had become productive and, from that moment, the mass of production almost always remained above 4 thousand quintals.

RECOGNITION OF THE DOCG

The last act of the so far short history of the Alta Langa was the recognition of the DOCG (the 13th in Piedmont), which took place on November 16, 2010 with publication in the Official Gazette on February 21, 2011, with the possibility of claiming its retroactivity until the 2008 harvest.