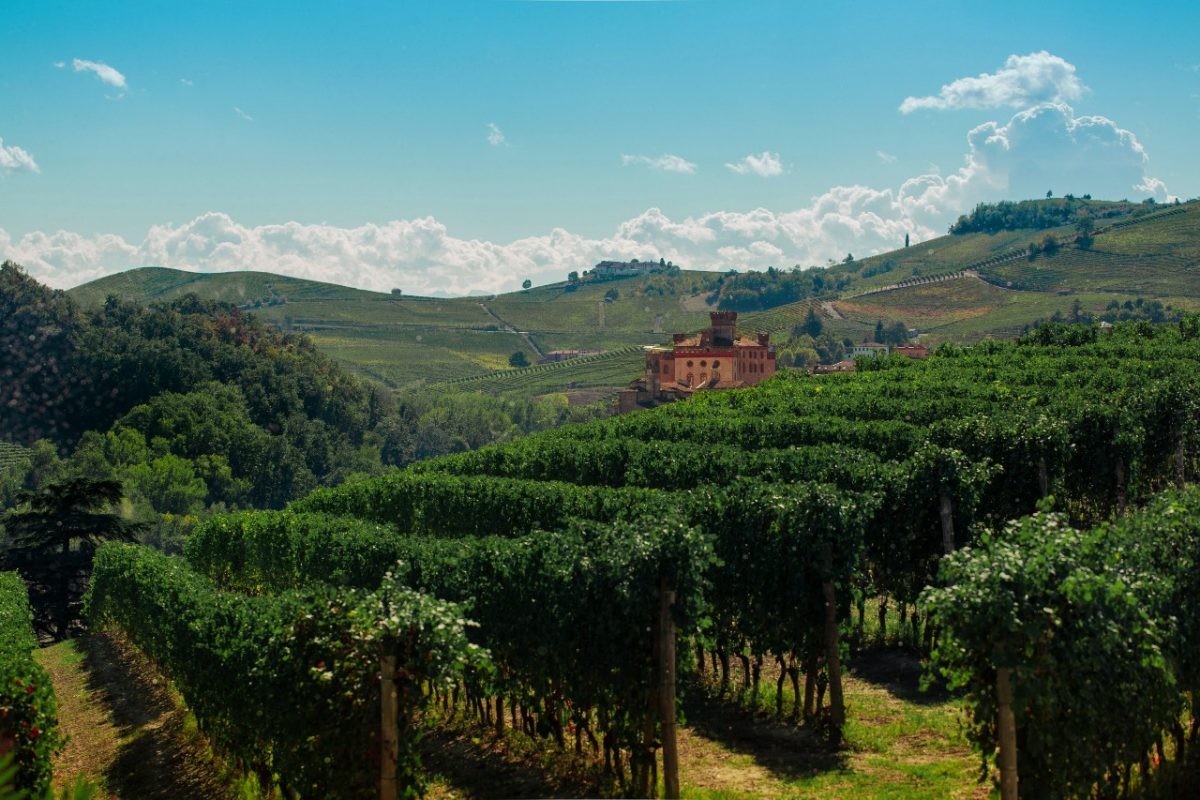 For a peculiar denomination such as Cannubi and a wine tightly hinged on tradition, having a productive vineyard since 1958 is like keeping a piece of history. This is the case for Tenuta Carretta’s Barolo Cannubi: harvested in 1961 for the very first time, it now celebrates its 60th reaping.

Cannubi is a hill located within the town of Barolo, surrounded on three sides by the hills of Novello, La Morra, Monforte and Castiglione Falletto, which protect it from the winds and the cold. Located in the middle of two geological formations, one dating back to the Tortonian period and the other from the Helvetian, its soils are made up of bluish-gray marl rich in magnesium and manganese carbonates and, towards the surface, of a clayey-sandy mix with a consistent limestone component. In Cannubi, Tenuta Carretta owns 2.6 hectares of Nebbiolo vineyards for the production of Barolo Docg Cannubi and Barolo Riserva Docg Cannubi. These two wines do not only embody the winery’s distinct style, but they also symbolize Tenuta Carretta’s priceless viticultural heritage and its commitment to preserving it.

«Care, patience and perseverance are the human factors that have allowed the vineyard to be perfectly healthy until the present day – says Ivana Brignolo Miroglio, president of the company that owns Tenuta Carretta and current regional coordinator of the Associazione Donne del Vino – We should also mention the recent reintroduction of sustainable agronomic practices, such as the implementation of protocols for integrated viticulture». Since 2018, Tenuta Carretta has been a certified participant of the “The Green Experience”. This project, among other things, prohibits treatment with herbicides and anti-transpirants and, instead, promotes the use pheromones for pest control, which also enables the repopulation of native predators such as passerines and bats.

An increasingly unpredictable weather trend, resulting from climate change, have fortunately not caused particular problems to the Cannubi vineyards. The urgent matters that surfaced have been adequately managed in a timely manner and with the required attention. “After all – states Giovanni Minetti, CEO of Tenuta Carretta – the problems that arise in the vineyards are nothing but encouragement to put quality in our work. They make each harvest surprising and unique, challenging us to produce a Barolo that is always balanced, elegant, harmonious and long-lived. Such qualities are enhanced by the age of the vineyard, which we attentively and constantly care for, year after year”. 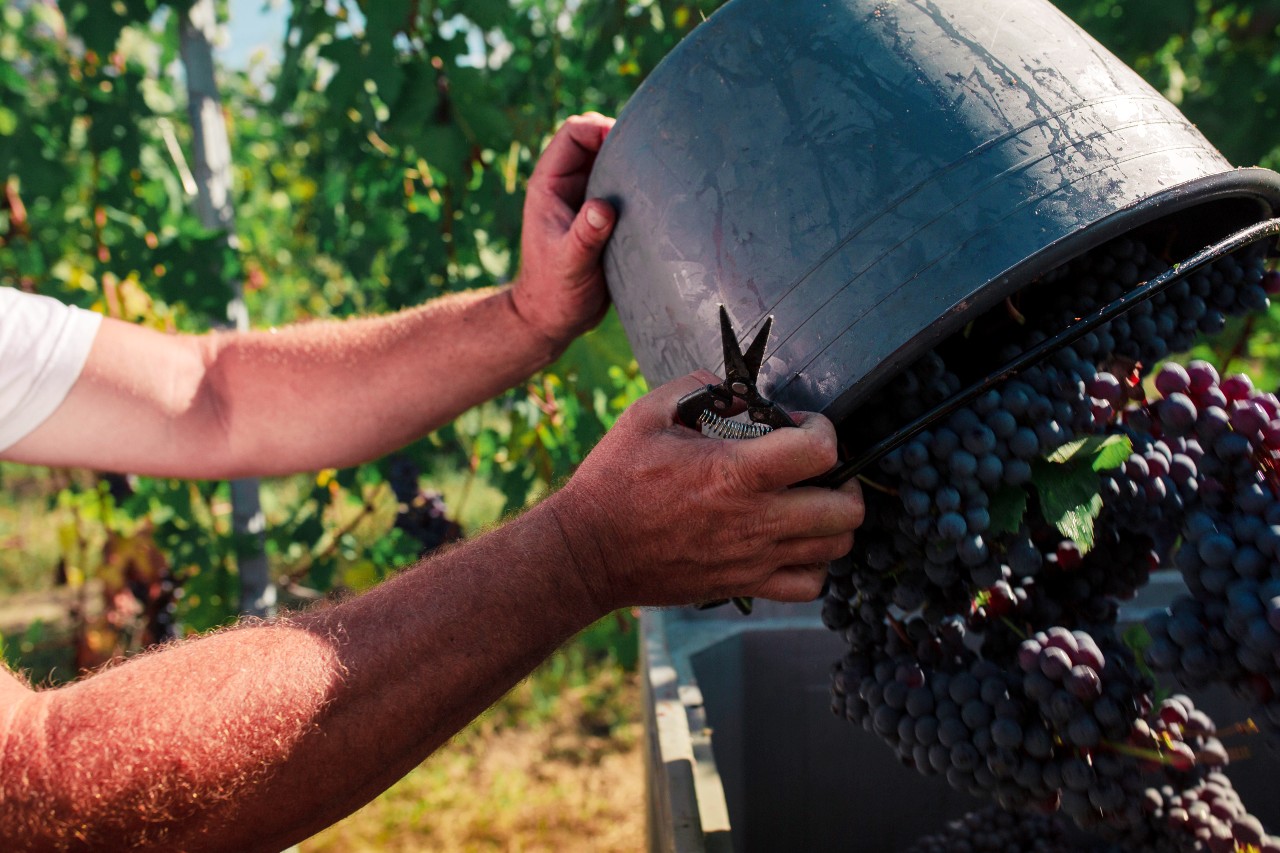 Giovanni Minetti underlines how the 2021 vintage has truly been unexpected and filled with surprises: «We were afraid of harvesting light and dry grapes from suffering vines: instead, we collected bunches of juicy and full grapes with a good yield. This proves that the summer drought did not compromise production as was feared».

At the beginning of April, frost endangered the buds of the Cannubi vineyard. However, given the delay in their development, they were still sufficiently closed which, in turn, kept the shoots protected. «The result was a less luxuriant vegetation compared to normal vintages – continues Minetti – and an “early” reduced production that saved us from performing the usual thinning operations on plants with excess grapes. In the end, we harvested an adequate quantity of high-quality grapes ».

Until the end of the 90s, the grapes from the Cannubi vineyard were harvested from mid-October onwards. In recent years, this operation has been carried out earlier, averagely one to two weeks in advance, a further evident proof of climate change. This year, the grapes were harvested on October 6.

Early harvest periods also reveal another issue (the accumulation of sugary substances) that brings two serious matters to light: polyphenolic ripening and the level of acidity. These two elements must be carefully considered in order to have a long-lived, important and at the same time harmonious and elegant Barolo. Excessive heat and drought have negative effects on polyphenolic ripening and acidity levels, causing a progressive withering of the grapes on the shoot and preventing them from reaching proper maturation. The final result will be wines with high alcohol content, low acidity and unripe, and therefore bitter, tannins.

«Fortunately – concludes Minetti – this year went well: the tannins are ripe and sweet, and the acidity levels are normal. The first wine samples from the vats reveal remarkable characteristics in terms of both color and the ratio between sugar and acidic content, which determine the final balance and the evolution of two great wines such as our Barolo and Barolo Riserva Cannubi. This is why we are very satisfied with the 2021 harvest: it is a truly wonderful birthday present».

Tenuta Carretta produces 14,000 bottles of Barolo Cannubi Docg from the Cannubi vineyard. Aged for at least 36 months, of which 24 in wood and 9 in the bottle, it is available in the traditional 0,75l bottle, as well as in the 1.5l magnum and in the 3l double magnum.

Every year, Tenuta Carretta produces an iconic, special and unique label from a small number of marked vine stocks: Barolo Riserva Docg Cannubi. The label is dedicated to Rag. Franco Miroglio, founder of the homonymous textile business, who acquired the winery in 1985. Produced as a limited edition of 1,260 bottles per year, the Riserva ages for over 60 months, of which 36 are spent in barrels and at least 18 in the bottle. 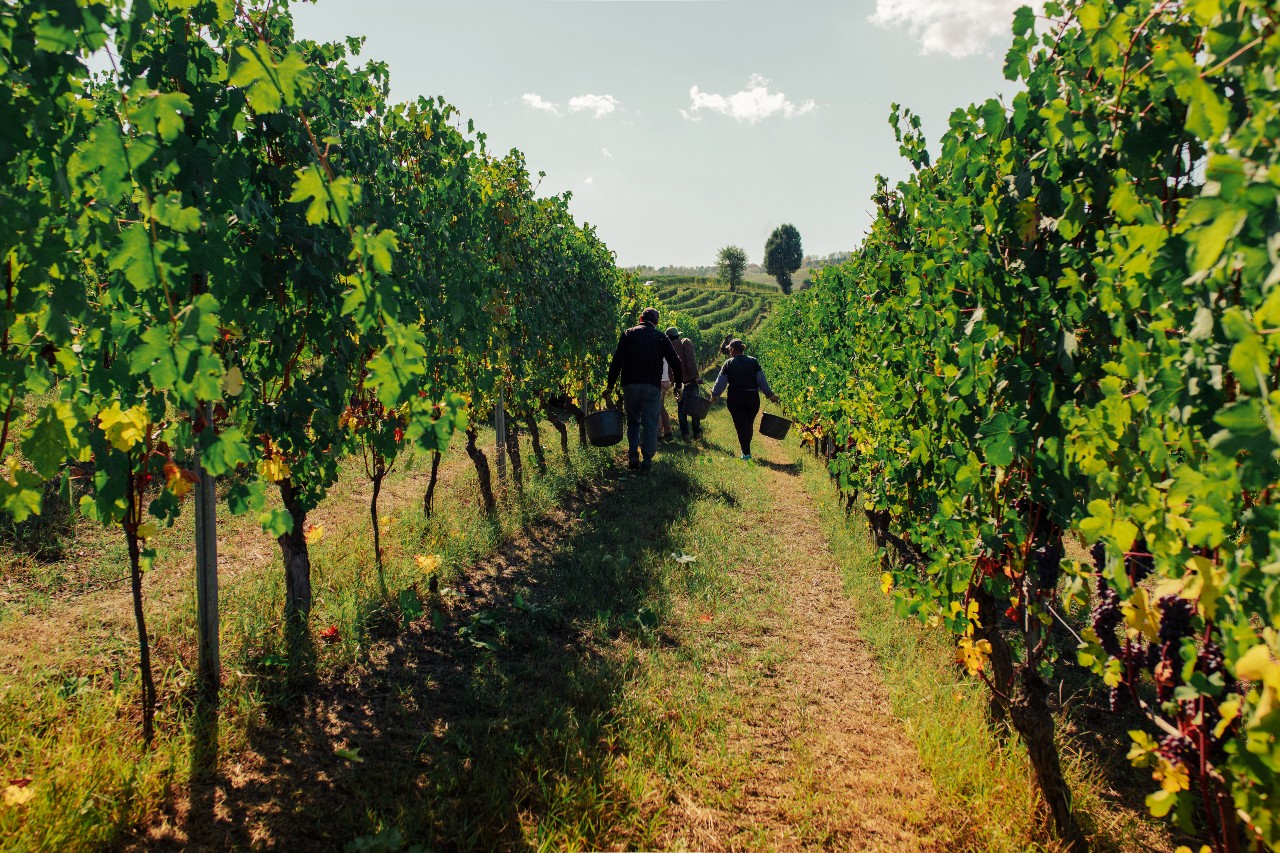