Harvest 2021, one of the best of the last twenty years 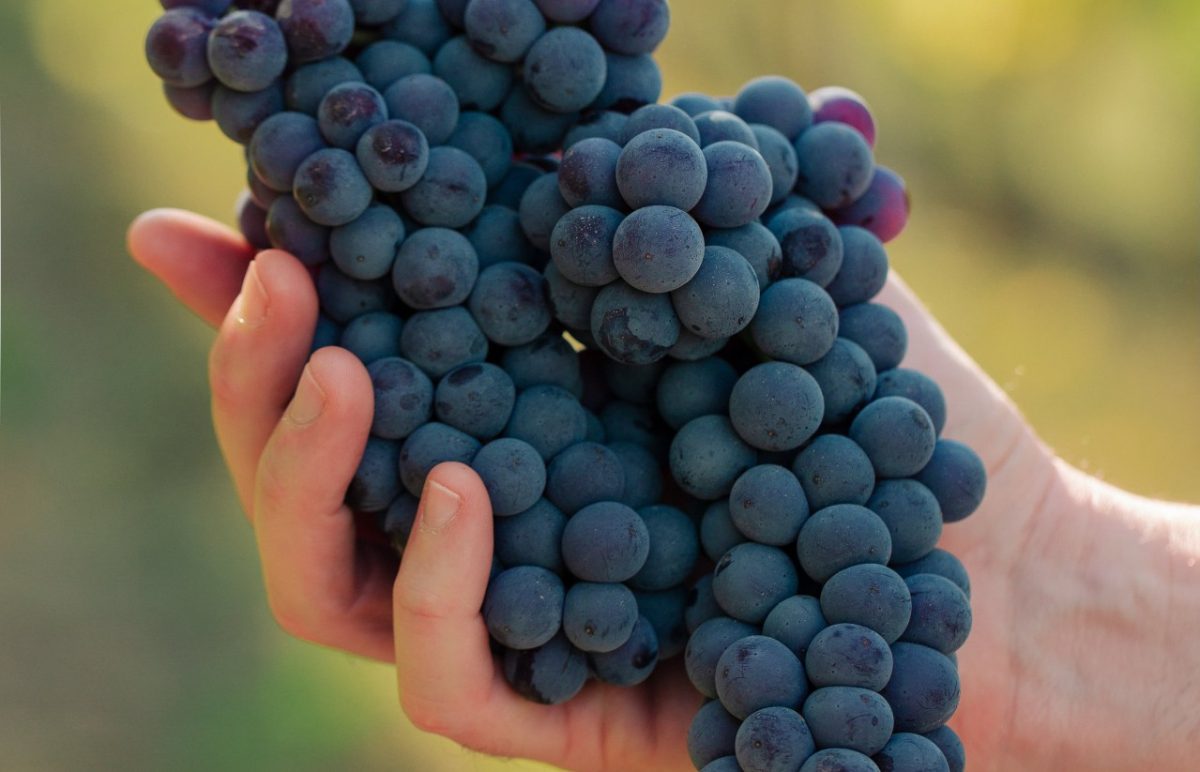 This is a popular question, especially after a fluctuating and ” bizarre” season that put the vine to the test: featuring frosts in spring and dry heat, almost similar to drought, in the summer. Amidst the erratic climate, the 2021 harvest will certainly be remembered as one of the best of the last twenty years. At least according to Giovanni Minetti, CEO of Tenuta Carretta, who we interviewed regarding this unpredictable – and unforgettable – season.

>> Watch the video of our harvest

Giovanni Minetti, what are the main characteristics of the 2021 climate?

This season experienced a very particular climate, which we could almost define as bizarre. Winter has been a usual one, not too cold but with adequate rainfall, even snowy ones. The temperatures have enabled the vines to rest: this prevented the early germination of the different varieties, thus defending production from the frosts on the 7th and 8th of April and limiting the damage. We had a less luxuriant vegetation compared to normal vintages and a naturally reduced production, which saved us from performing the usual thinning operations on plants with excess grapes.

Why were you afraid of harvesting grapes from suffering vines?

The climate settled after avoiding the dangers brought by the frost, but the vine delayed budding for about 2 weeks. A rainy and cool May made it possible to restore a good water reserve, which was enriched by some thunderstorms in June and July; most of these even brought in hail that caused serious damage in some winegrowing areas, but luckily these were rather limited. Then, heat and drought, with no rainfall from the second half of July to the second half of September, allowed to make up for the delay, leading the grapes to reach maturation according to the usual period. However, the vines have maintained a rather stunted vegetative development, which has already been apparent since the month of May. Thus, we were afraid of harvesting light and dry grapes that are rich in sugar but low in acidity, from suffering vines: instead, we collected bunches of juicy and full grapes with a good yield; but most surprisingly, the grapes had high sugar and acidic content.

Which vineyards were harvested first? How were the grapes like?

The first variety to be harvested was Moscato, then followed by Chardonnay and Pinot Noir for the production of Alta Langa. Although grown at an altitude of over 600 m, the latter varieties still require an early and timely harvest. The driver is the acidity, an element that ensures the aromas and guarantees the wine’s longevity and freshness on the palate. Moscato, grown in the lower part of the Tavoleto hill, located in the municipality of Treiso, presented ripe and aromatic berries despite the frost in April, which caused the reduction of about 20% in production compared to 2020: a decrease of around 10% compared to the average levels.

Which grape varieties had the most promising conditions?

Considering that we are facing an overall excellent harvest, it is difficult to make a ranking. In order of harvest, we can certainly say that Pinot Noir and Chardonnay for Alta Langa are excellent, as well as Arneis, but Barbera and Nebbiolo are also spectacular. And Dolcetto is not far behind.

Climate change has led to an earlier harvest compared to the past. Does this only affect the harvest period or are there differences in terms of quality?

We are witnessing a complex phenomenon, whose development is difficult to predict. From 2000 onwards, the climatic situation has undoubtedly changed, urging us to modify the operations carried out in the vineyard in the past. For example, some diseases linked to rain and humidity are not as fatal as they used to be, but new ones have also appeared. In terms of quality, numerous things have changed: today, we have grapes with a better and more uniform ripening, something unthinkable of twenty years ago. We can, thus, say that we have much better wines. At the same time, however, we are also aware that we are close – but we can’t say how much – to reaching a certain limit, beyond which the scenario could change completely: the very production of wine, endowed with the organoleptic characteristics that we appreciate today, could become much more complicated.

White and red wines to drink “young”: what are their characteristics?

2021 red and white wines to be drunk young are characterized by harmonious balance: despite a high alcohol content, they are supported by good acidity. The wines reveal intense aromas and a very pleasant drinkability.

Great wines for aging: what can we expect?

As always, only time can tell. But the quality of the grapes suggests that one of the best vintages of the last twenty years has just arrived in the cellar. These are powerful and complex wines, both in terms of aromatic profile and taste.