You say Cannubi, I say Canubbi: What is the correct spelling of the vineyard name? 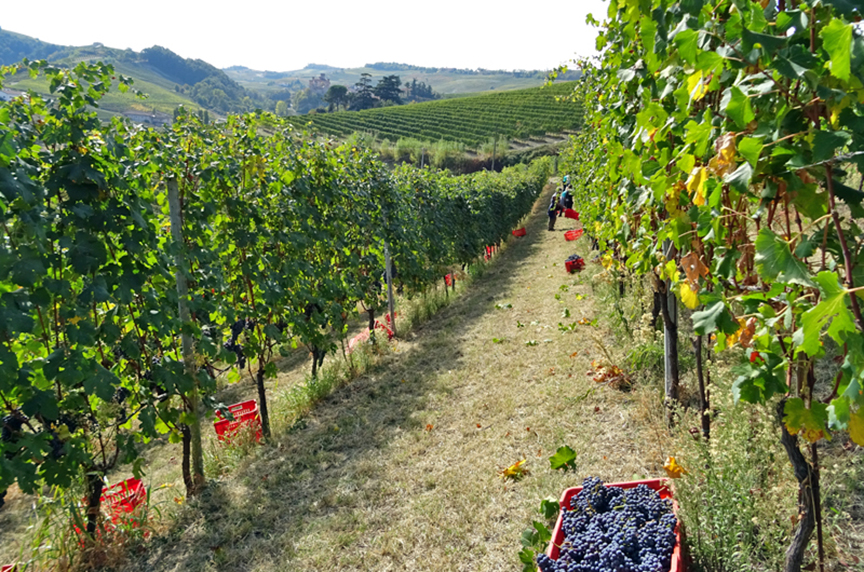 Above: An photograph taken between Tenuta Carretta’s rows in the famed Cannubi vineyard in Barolo.

A few weeks ago, I published a post about the origins of the vineyard name Cannubi. It didn’t take long for one of my colleagues here at the Tenuta Carretta blog to point out that the toponym is often spelled Canubbi as opposed to Cannubi.

There are at least two historic producers of Barolo who write (and who have historically written) the vineyard name as Canubbi. (See this post by one of the world’s leading collectors of Nebbiolo, Ken Vastola, author of Fine Wine Geek.)

The Slow Food atlas of the wines of Barolo and Barbaresco include two alternate spellings of the vineyard: Canubbio and Canubbi.

Vinous Media, the tasting note and media portal published by Lange authority Antonio Galloni, only uses Canubbi in reference to wines labeled as such.

In the light of the above, we are still left with the question: Which is the correct spelling?

As a philologist and linguistic (and a scholar of Italian wines), my answer is both spellings are correct. Clearly, Cannubi is the more prevalent of the two and thus, in my opinion, it is the preferable spelling.

Canubbi is an example of what is called metathesis in linguistics: “The rearranging of sounds or syllables in a word.”

I don’t believe this metathesis is owed to a dialectal inflection. Double consonants are rare in Piedmontese. And when they do appear, they are generally preceded by the vowel ë.

My philological intuition leads me to ascribe the less prevalent spelling to what is called hypercorrection or hypercorrectness in linguistics. It’s plausible (and highly likely in my opinion) that at some point, a winemaker wrote Canubbi on a label because she or he thought the spelling reflect the correct scansion (i.e., stress) of the place name: kah-NOO-bee. There are countless examples in Italian where a double consonant appears to reflect the rhythmic nature of a word. To Italian speakers, the presence of the double consonant is a clear indication of how the word should be pronounced.

Having said that, it’s unlikely that we’ll ever know why the name was written as such. What we do know is that there are ample precedents of its usage. As a philologist and linguistic, I will tell you that variatio is part of what makes language so interesting. To eclipse the alternate spelling (or to call it incorrect) would be to elide a linguistic clue as the word’s history and significance.

To borrow a line from Gershwin, But oh if we call the whole thing of then we must part/And oh, if we ever part, then that might break my heart.

Thanks for reading and speaking Italian vineyard names!