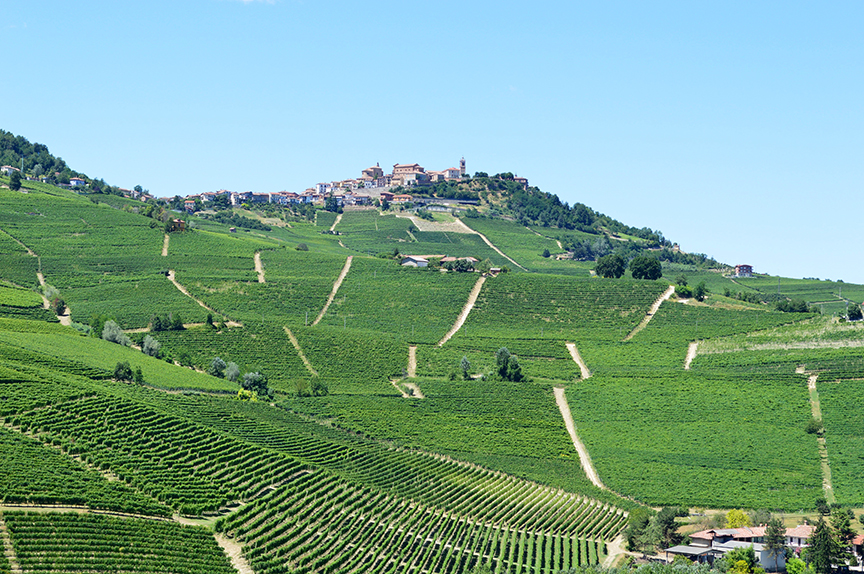 If you follow the Tenuta Carretta English-language blog, you know that there’s nothing more that I love than a linguistic conundrum (well, I also love Nebbiolo, Barbera, and Arneis, and am quite fond of vitello tonnato).

Last week, I did a post on the various spellings of the vineyard name Cannubi. (Thanks, btw, everyone, for all the kind feedback!)

As I was conducting my research for that post, it occurred to me that there’s some confusion as to whether the inhabitants of the Langhe Hills (sometimes abbreviated as the Langhe or even Langa) are properly called langhetti or langaroli (the singular forms: langhetto and langarolo).

In my own personal experience, I’ve heard the people of the Langhe refer to themselves as langhetto. At the same time, they use langarolo as a toponomastic adjective, as in a tradizione langarola or a tradition of the Langhe.

Non-Piedmontese speakers of Italian, however, use langarolo both as an ethnonym (for the inhabitants of the Langhe) and as an adjective for things from or belonging to Langhe culture.

I spent some time over the last two days taking a look at different instances where the two words are used. And here’s what I discovered.

In his 2005 book Quando inglesi arrivare noi tutti morti: cronache di lotta partigiana (Blu Edizioni), Adriano Balbo writes that langhetto is the “dialectal equivalent” of langarolo. (The book’s title makes fun of English speakers’ pronunciation of Italian and can be loosely translated as when the Brits to arrive, we all dead. It’s a chronicle of the Resistance in Piedmont during the Second World War).

I did find one source that claims that langhetto can be used as an expression of someone’s astuteness. In other words, one might call someone a langhetto to convey a sense of that person’s superior intelligence or ability (as in playing cards).

But I need to verify that usage.

No one really knows the origin of the name Langhe or Langa. Although many langhetti believe that langhe means tongues [of land] (perhaps because of its assonance with lingue, Italian for tongues), not one etymological or toponymic dictionary I consulted supports this (most likely erroneous) theory.

Some philologists think it might be Celtic in origin or perhaps Ligurian. At least one theory points to origins beyond the Indo-European family of languages.

I did come across the following nugget. Perhaps the earliest written of Langhe dates back to the 14th century: “In muntibus Albe, ubi dicitur Langhe,” which I’ll translate as in the foothills of Albe, which are called Langhe (Cronica Imaginis Mundi by Iacopo d’Acqui).

To be continued… thanks for reading!